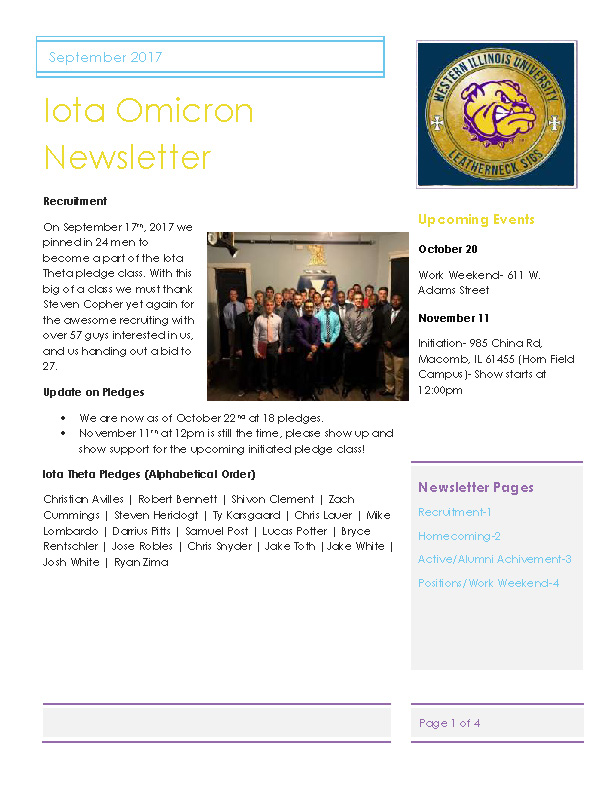 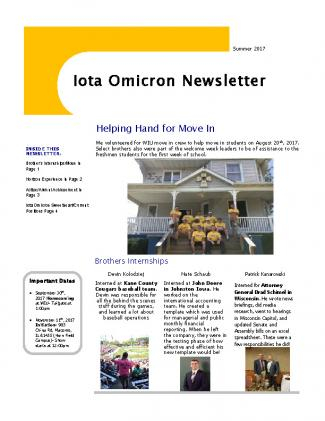 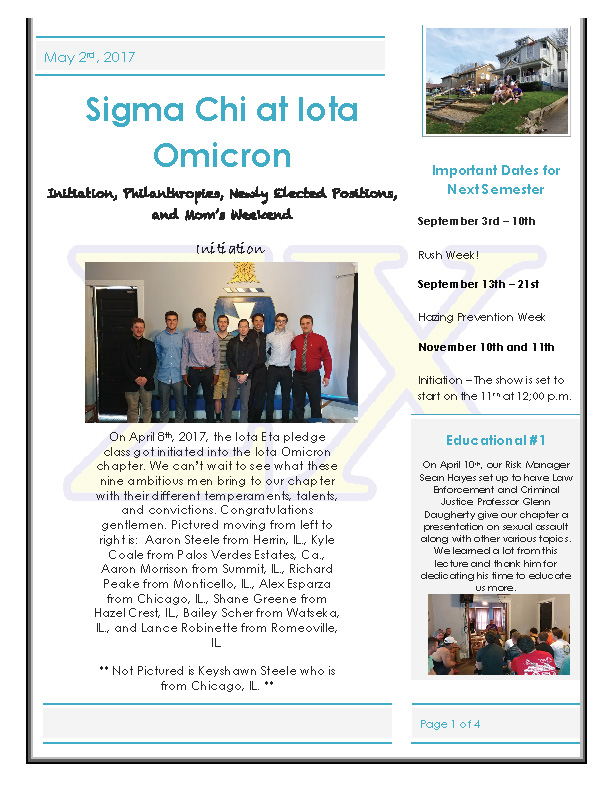 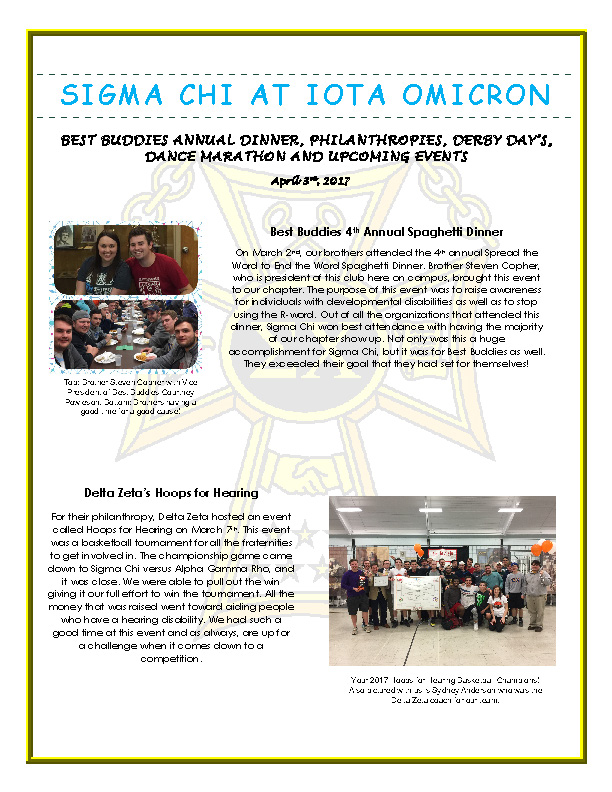 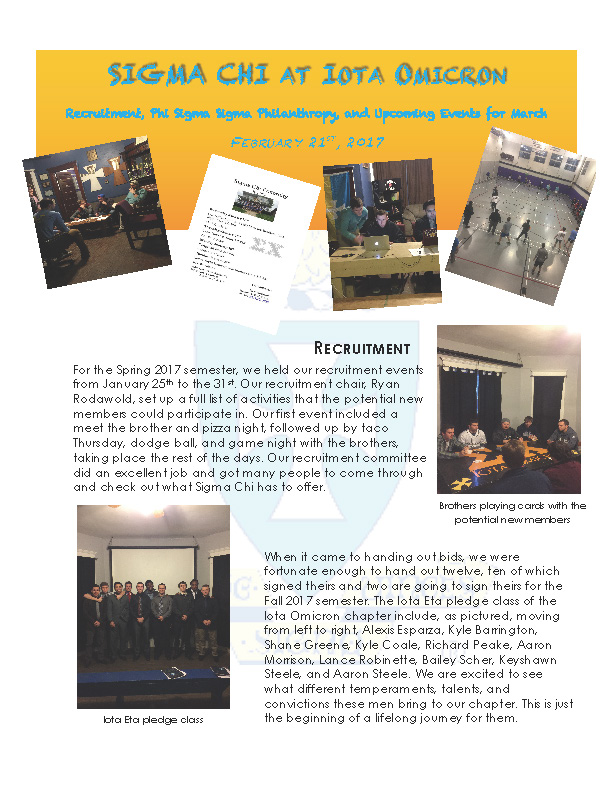 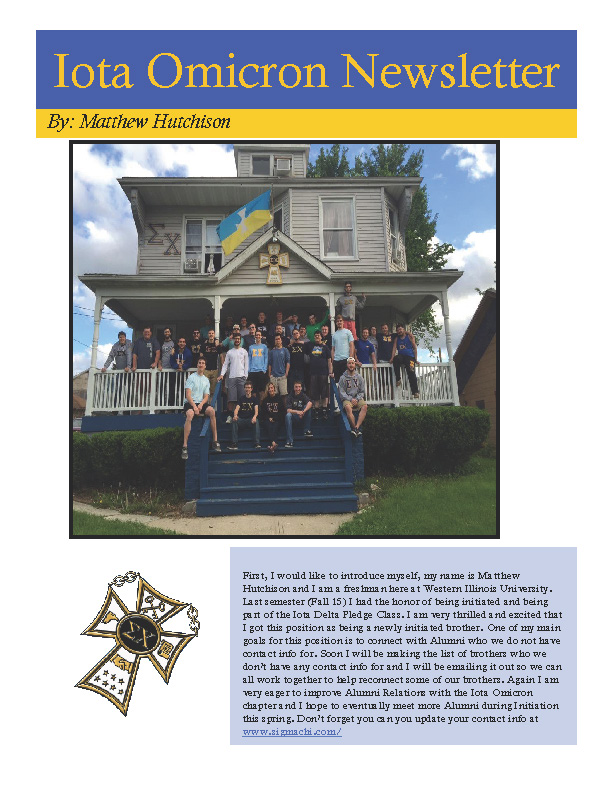 Western fraternities and sororities lit up the night on Sunday, Dec. 6 by decking their houses with Christmas lights and decorations. Students were able to vote on the best designs, and decided that the winning fraternity was Sigma Chi and the winning sorority was Sigma Sigma Sigma. Both organizations will receive a $25 donation for their philanthropy.

Several greek organizations set up lights and other holiday decorations on their houses to promote holiday spirit in the annual All Greek Holiday Light Show on Sunday, Dec. 6.

Decorations included colorful lights that radiated in the night as well as one house, Sigma Chi, that went above and beyond.

Anderson wins national award for his passion for a cause

Not even winning a national award could satisfy Mike Anderson, WESTERN ILLINOIS 2014, from continuing his fight against hazing.

Anderson was nominated for the award by the university’s graduate advisor for Greek life programs, Koryna Felt, for helping organize a day devoted to halting the spread of hazing. Originally, university officials expected the anti-hazing program to be a small affair of maybe 50 participants. Anderson, who is chapter Kustos, spread the word on campus so much that almost 250 people attended the seminar on campus on Oct. 20, 2012.

Tue, 19 Feb 2013 23:22:06 GMT —  A student at Western Illinois University has received a national ranking for his work in the greek community.

We asked Anderson what compelled him to speak out against the issue.

Hundreds of people gathered in the third floor auditorium of Sherman Hall on Thursday night to attend the 23rd annual Take Back the Night (TBTN) march and rally.

The theme of this year’s rally, which had to be moved inside due to weather conditions, was Speak Up, Speak Out, Speak Now.

“Take Back the Night is a marching rally against power-based interpersonal violence in our community, campus and Macomb community included,” said Katie Mey, a graduate student in College Student Personnel serving as the TBTN committee chair. The rally gave survivors and witnesses a chance to speak out against life-changing, violent acts.